After releasing his sixth album 'Memoria' in early 2022, Trentemøller and his band kicked off a live tour across Europe. After a fantastic start in Scandinavia, they played Amsterdam, London, had some amazing shows in Belgium, France and Switzerland and a grande finale in the south, playing shows in Milan and Bacelona. For the MEMORIA tour, Trentemøller set up a completely new band: The brilliant Disa Jakobs adds her beautiful vocals and plays guitar and synth. Brian Batz joins in on the guitar and Jacob Haubjerg helps out with bass, guitar and vocals. On the drums, we have Silas Tinglef (2nd Blood) and last but not least, Trentemøller himself on the keys.

→ Check out the Trentemøller Memoria Tour 2022 gallery, to get a glimpse of the live gigs. 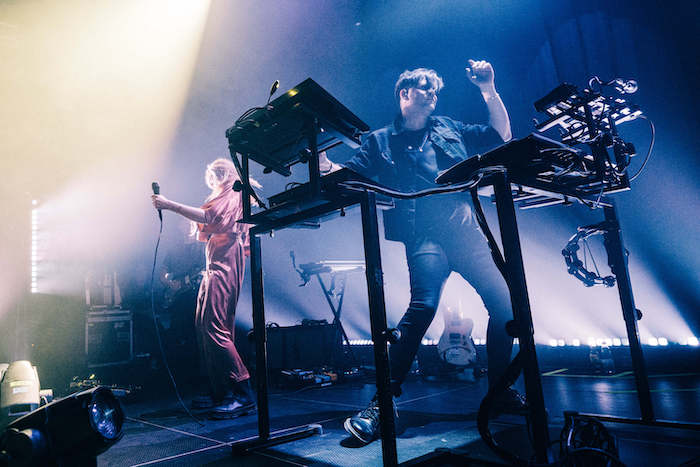 Here's the media's take on the tour:
"Standing in Den Grå Hall and seeing and hearing the fusion of images, lights, music and song - after hearing the School of X warm-up from the long queue - was cathartic." (GAFFA, DK)

"I noticed an intense anticipation that was only further affected by a beautiful lighting setup (v. legendary lighting designer, Leroy Bennett) - the combination especially of the lights (which were accidentally or unintentionally in Ukrainian colors) and the later often diffuse visuals (which brought to mind drone videos of bombed-out cities)." (GAFFA, DK)

"[...] each piece of the puzzle falls into place, forming a much more complex image than expected, to which even the most reluctant must surrender, letting themselves go." (L'Indiependente, IT)

"[...] a unique balance between the airy singing, the grounding mix of electronic beats and the acoustic support." (Dansende Beren, BE)

"A rollercoaster of contrasts and sensations dressed in a masterful set of lights that left the audience spellbound by so much virtuosity." (Scanner.fm, ES)

The first leg of the tour is finished, but more dates are yet to come. There are some festival gigs and additional shows waiting for you:

...and you can also stay tuned for a North America tour update!