There can be no doubt that the members of the Danish alternative art pop band Blaue Blume are romantics. The four members are looking for miracles — and find them in their own songs and the lyrics raises the eternal questions of love, life and death.

Blaue Blume could be called the successors of the New Romanticism, which was born in Great Britain 35 years ago as a reaction to the insolent and vulgarly simple punk music, which enthralled the youth. The New Romantics, of which Duran Duran and Spandau Ballet proved to be the most successfully, were interested in everything that was complicated, intricate, ambivalent and inexpressible. Their performances were always distinguished by some truly fantastic stage costumes.

The young Danish musicians, long-haired and thin-boned, brushed aside the peacock fashion sense of their British predecessors but paid very close attention to their albums. The delicate and vibrant music of Blaue Blume echoes the best British bands of the 1980s: from Talk Talk, The Smiths and Cocteau Twins. The astonishing androgynous falsetto of the band’s frontman Jonas Smith has been compared to the voice of Antony Hegarty (Anohni).

Still, the day and night hymns of Blaue Blume, which recorded its debut album Syzygy in 2015, are sufficiently original. The young Danes record elegant pop songs with showy melodies and timbral experiments, have also been deservedly compared to the British veterans Wild Beasts and fellow countrymen Efterklang.

The band have created a real stir with its live performances at some of Europe’s largest festivals (Roskilde Festival, The Great Escape, Eurosonic) and they have been working in the studio most of the time the past years. Blaue Blume also played at hfn music's showcase at Reeperbahn Festival 2019.

Blaue Blume's latest album "Bell of Wool", released in November 2019, is dominated by two themes: darkness and adventure. With the record mostly made before singer Jonas Smith slipped into a depressive episode, the album’s lyrics and moods draw pictures of the darkness, anxiety and tension that would mark Smith’s depression:

“A lot of the lyrics kind of draw these states of mind and situations that I actually found myself in, just months after I had written them”, he says. But ultimately Smith, and the band, pulled through, and the completed Bell Of Wool marks a step forward for a new and bolder era of their work.

In early 2020, the band made their highly anticipated stage comeback and played several mindblowing shows in Denmark and Germany. 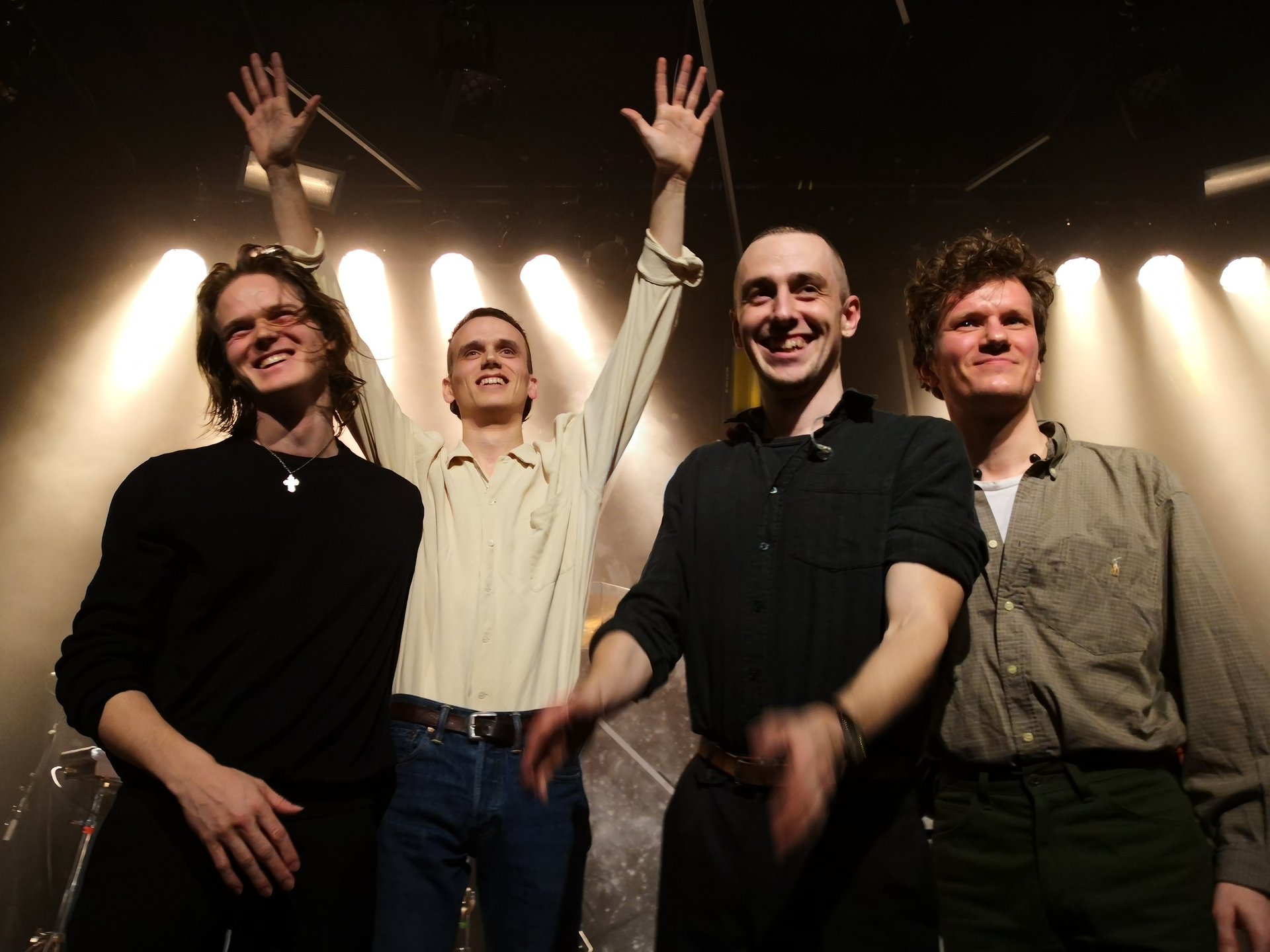 “Jonas Smith’s vocal gymnastics are always going to be the star of the show but the rest of the band has developed its dream pop into unusual shapes and structures, meaning that even the most conventional of harmonies lead the audience down unlikely paths....the wheels are already well in motion for Blaue Blume and great things beckon.” (The Line of Best Fit)

“The Danish band specialise in filtering conventional sounds into a strange, eerie, but unerringly catchy mixture. Frontman Jonas Smith reps the falsetto like his life depends on it...” (DIY)