Lydmor's new album CAPACITY is out now! It is a musical maze full of alluring mysteries. At the same time, it is part of a process of liberation, which is about opening oneself up and discovering one's capacity.

Thank you to all of you who attended the fabulous release party on ZOOM on March 11th, it's been a blast! And thank you to team Lydmor all over the world. Let's expand our capacity! 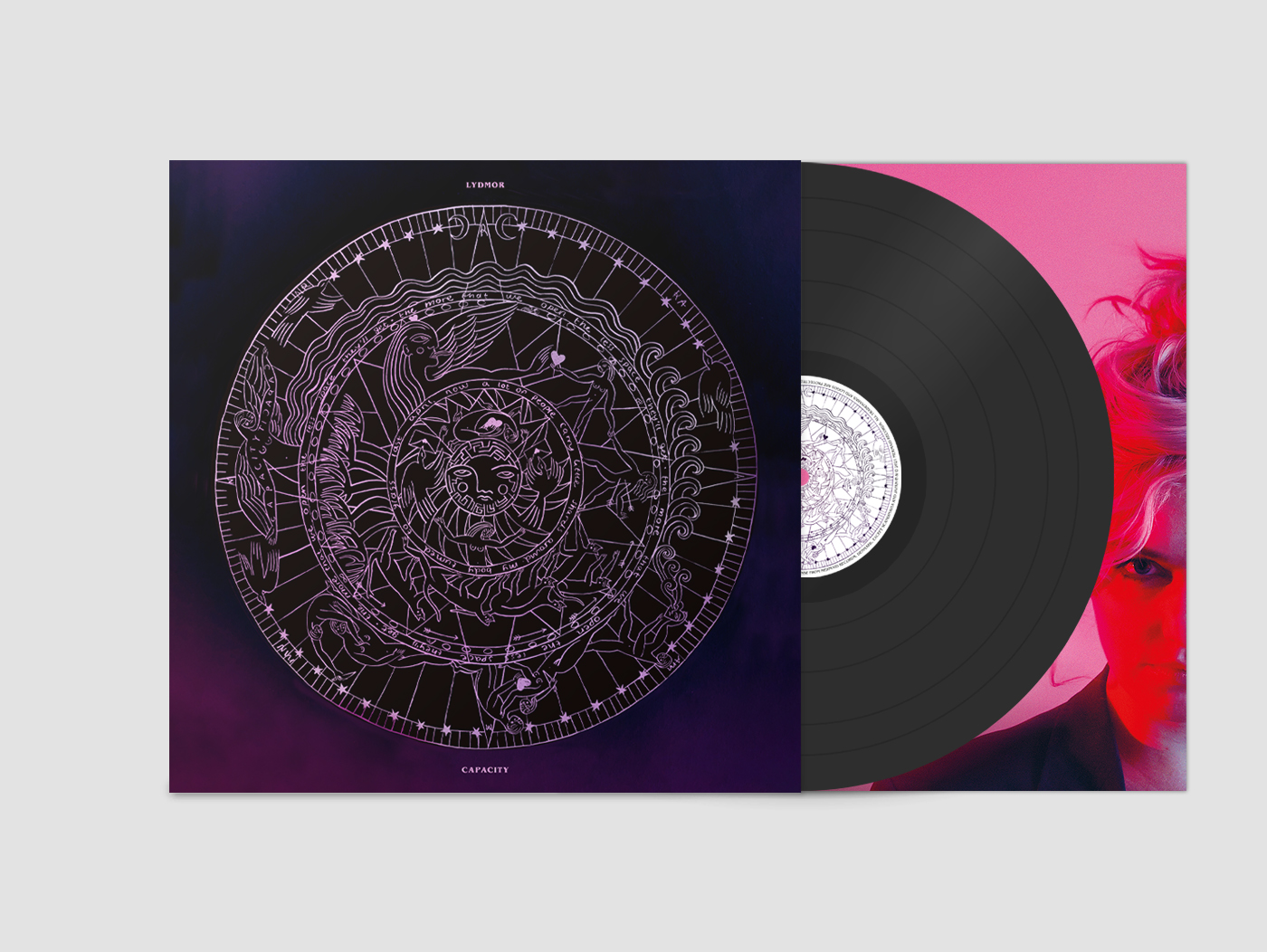 For her previous album, Lydmor travelled to Shanghai. But on her new album, Lydmor has mostly travelled deep into herself. 'CAPACITY' is a contrasting musical work where fiction and reality merge into a multifaceted sound universe. It is the electronic pop artist's most personal, complex and conceptual album to date.

There is almost a David Lynch'ish cut about 'CAPACITY'. The album is like a winding maze where it is difficult to decipher what is real and what is an illusion. Like a book with countless narratives. Without conclusions. Ambiguous. Full of alluring mysteries, dreams, reflections and messages about gender, identity, love, guilt and liberation. Rich in contrasts: Black/white. Silence/noise. Weakness/ strength. Fiction/reality. Labyrinth/compass.

Lydmor dives fearlessly into the problems of 'CAPACITY', resulting in a myriad of expressions and stories. The insisting and beat-heavy 'LSD Heart' sharply criticizes the dominance of patriarchy in modern art. 'Someone We Used To Love' frames the fragility we experience when confronted by a former lover, who now exhibits feelings for another, and Lydmor looks inward at the self-reflective and thoughtful 'Guilty (Kill Me)'.

'CAPACITY' also features several enigmatic characters and places that seem to be outside of time and space. Who is the strange man with the labyrinth face in 'The Labyrinth Faced Man'? What role does he play in the narrative? What about the two women Amanda and Emma? Amanda, appearing in 'Amanda's Lullaby' and 'Amanda's Dream', is plagued by a terrible nightmare about a terrorist attack in which evil men kill women. Is it related to her fear of patriarchy and her fascination with Chilean author Roberto Bolaño's cult novel '2666', in which women are also killed by men? And what about Emma appearing in 'Emma Spins'? What kind of quarrel does 'CAPACITY's narrator have with her?

Central to the story of 'CAPACITY' is also the mysterious 'Leopold Hotel', which appears on the song 'Nevada', where Lydmor sings a duet with Faroese artist Eivør. The hotel is isolated in the middle of the Nevada desert. What's going on here? That remains unsaid, but you sense that something fatal has happened. Heavy drinking has taken place, everything seems foggy and two people have had a violent misunderstanding. 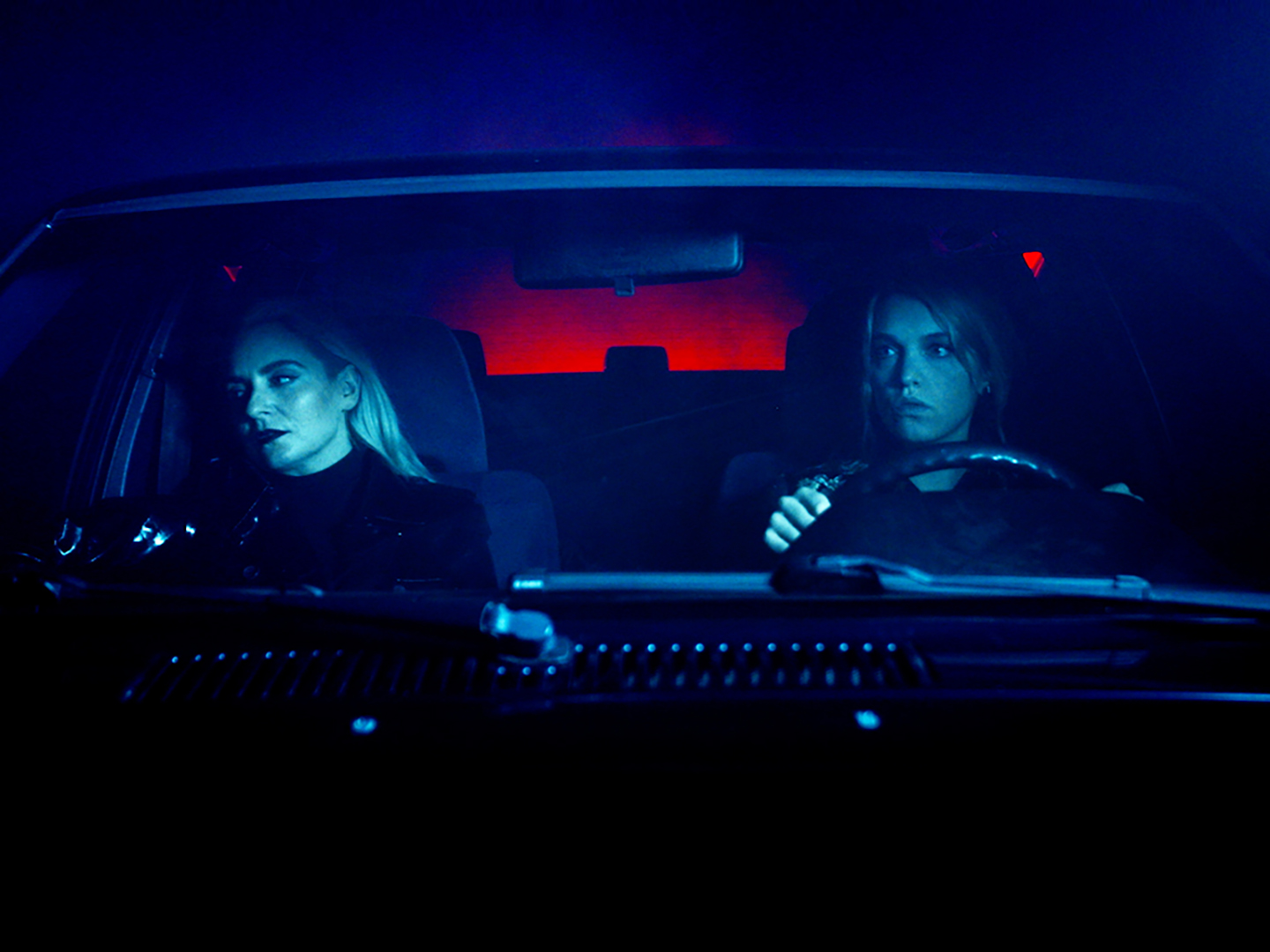 But has this misunderstanding been so catastrophic that it has triggered the 'Big Bang' of oppression? A spark from which all sexism, humiliation, all our prejudices and all our shame originated? And why do neon-lit advertisements for this particular hotel appear on the closing song 'Hotel Ads'? Are the commercials, in fact, warning lights? And is 'The Leopold Hotel' perhaps the centre of the labyrinth that everything points back to? The truth lurks just around the corner. Or maybe it's the lie. Maybe it's all a lie. Or maybe everything here is more true than anything you've ever heard before.

These are some of the riddles that the album's 14 songs contain. Lydmor presents no easy or single answer to 'CAPACITY'. At the same time, the album contains a message about daring to open up. "The more that we open, the less space they'll get" rings loud and clear on the opening song 'Amanda's Lullaby'. The more we open up and show who we are, the less room there is for the intolerant, the prejudiced and the reactionary and their narrow-minded view of the world. When you open up you discover your capacity.

Lydmor has never before had so much fun and felt so much clarity during a recording process than she has had while working on 'CAPACITY'. Here she has felt completely free to make the music exactly as pop or experimental as she's felt like.

“I have moved farther out towards the outer poles, rather than constantly searching for a unified sound. Instead, this time I've said: "OK, I have something completely acoustic over here, then I need something tremendously hard and electronic over here". I've just put things as far out on the scales as possible - and in this way, tried to create some kind of balance ”. she explains.

On Lydmor's new album CAPACITY, she has collaborated with several different people. Here too, Lydmor knew exactly who she wanted to work with. Five songs have been produced in collaboration with Christian Vium from Go Go Berlin. Other collaborators on 'CAPACITY' include Norwegian producer Trond Bersu, American producer Joey Verskotzi, Lasse Ziegler, Lasse Lyngbo and the producer duo Pitchifters. The album is mixed in close collaboration with Peter Kjædegaard (Nephew, Spleen United, The Minds of 99).

Lydmor can also be experienced this year at a number of international concert venues.